Bond movie idol Sean Connery dies, aged 90 - Scottish movie legend Sean Connery, who shot to international stardom as the suave, sexy and sophisticated British agent James Bond, has died aged 90.
At least 28 killed in Turkey earthquake - Rescue teams are ploughing through concrete blocks and the debris of eight collapsed buildings in search of survivors of a powerful earthquake that st ...
Dangerous storms, giant hail to continue into tonight - People in south-east Queensland are being warned to prepare for more dangerous thunderstorms this afternoon and into tonight.A series of Severe and ...
No Queensland virus cases on election day - Queensland has recorded no new COVID-19 cases on state election day and notched 50 days since its last locally-acquired infection.
One new NSW case as ire over borders grows - The Queensland government's "ridiculous" decision to keep Sydney on the border blacklist has enraged tourism operators, who say there is lit ...
Body found in western Sydney car blaze - A person has burned to death in a car fire in Sydney's west, prompting a public appeal from police to discover what happened.
NSW learner driver flees police at 130km/h - A NSW learner driver has led police on a late-night high-speed pursuit through the streets of Coffs Harbour before crashing into a power pole.
Panthers club fined for COVID breaches - The Penrith Panthers have lost big two weekends in a row, with its leagues club copping a $10,000 fine after footage showed fans breaching COVID safet ...
WA borders to reopen to rest of Australia - Western Australia will finally reopen its borders to all states and territories from November 14, but some restrictions will remain for people from NS ...
Concerns for 11-year-old girl missing from Aitkenvale - Police are seeking public assistance to help locate an 11-year-old girl (pictured) reported missing from Aitkenvale. The girl was last seen at 1.00 ...

Woman issued with Notice to Appear over Aitkenvale fatal crash 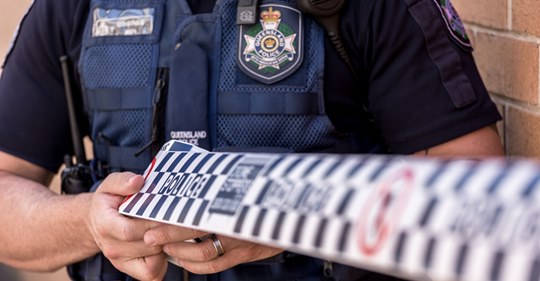 A 60-year-old woman has been served a Notice to Appear (NTA) in court following investigations into a fatal traffic crash at Aitkenvale on January 30.
Shortly before 8am, police and emergency services were called to a collision between a Holden Commodore and Suzuki motorcycle at the intersection of Nathan and Alfred streets.
Witnesses, including an off-duty doctor, rendered first aid to the 33-year-old male rider before he was transported to Townsville Hospital where he was declared deceased.
The driver of the Holden Commodore, a 60-year-old Douglas woman, was not physically injured.
She has today been issued with an NTA for driving without due care and attention causing death and is scheduled to appear in Townsville Magistrates Court on October 30.
The Forensic Crash Unit is continuing investigations and a report is being prepared for the Coroner.
(Photo: Queensland Police Service. Supplied.)