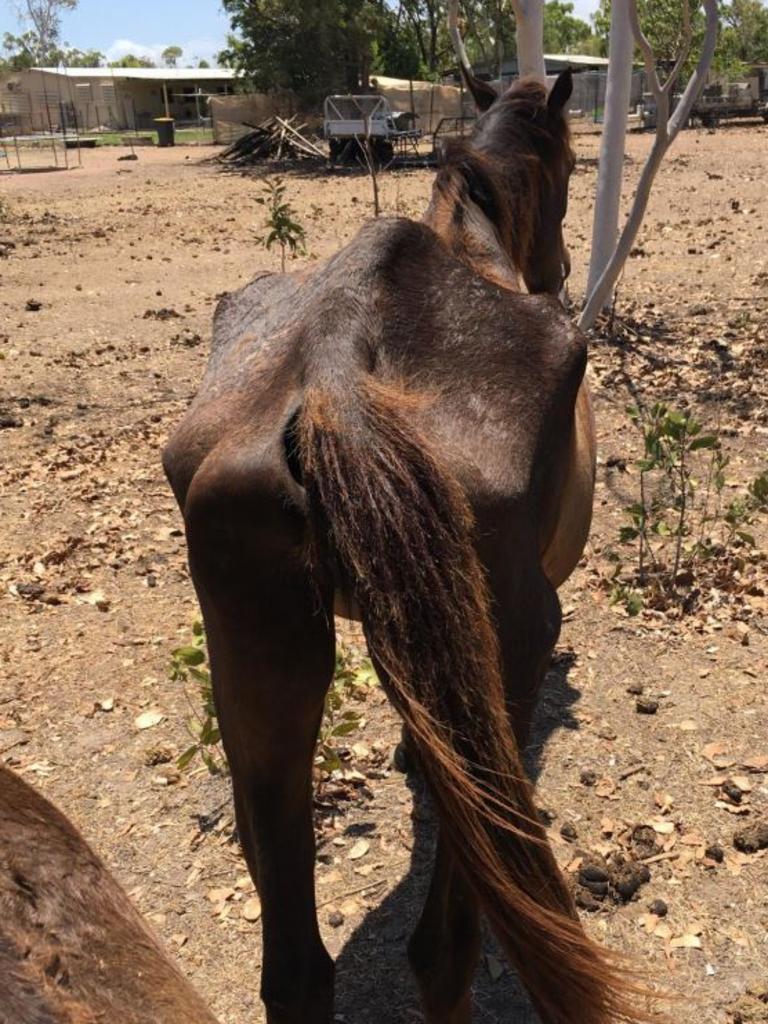 A Townsville couple has to pay $7000 in fines for mistreating three horses so badly that one mare had to be put down.

Anthony and Tania Smith are also banned from owning animals for four years after the horses were found so malnourished their ribs and spines were protruding.

After receiving two calls from concerned members of the public, The RSPCA found a three-year-old mare named Baby, an 11-year-old gelding called Rory, and Pixie, an eight-year-old mare, in a faeces-infected paddock in 2019.

There was no grass in the paddock, and it was clear they weren't being hand fed.

Pixie was found at the back of the property lying on the ground with a serious knee injury. She was so unwell, she couldn't get up.

Tragically, Pixie had to be put down. Baby and Rory have been signed over to the RSPCA and are in foster care at a property at Majors Creek - they're both needing a forever home.

The animal charity is hoping the pair is rehomed together.

The mare and gelding have both bounced back to good health, and their foster carer, Yvette Kelly, describes them as "beautiful" and "very friendly".

"Rory is an absolute sweetheart, and they both come running for food," Ms Kelly says.

"Baby is a quick learner, but she hasn't actually been broken in yet - she has huge potential".