Vic emergency powers extended to December - Victoria's state of emergency will be extended for another nine months after the government secured the support of three crossbench MPs.
Cyclone Niran becomes a category 2, with more rain and wind to come - The weather bureau says Tropical cyclone Niran has intensified to a category 2 system and is expected to develop into a category 3 system tomorrow. ...
House prices in Townsville slightly drop, bucking national trend - As house prices across the nation record their biggest monthly jump in almost two decades, Townsville actually bucked the trend with a slight drop. ...
Elective surgery drives urgent need for blood donations - Blood stocks are low across the country and more than 400 blood and plasma donations are needed in Townsville in the next fortnight. The Australian ...
Farm production tipped to hit $66 billion - Australia's farm production has been forecast to soar to a record high on the back of a remarkable turnaround from a crippling drought.
Cyclone Niran hits: farms flattened, flood rescues, power outages - Two men have been pulled to safety after their truck was swept off the road in flood waters as Cyclone Niran continues to bring heavy rain and stron ...
Extra sand bag site now open - An additional sand bag location is now available at the corner of Mt Low Parkway and Bruce Highway in Mt Low. Townsville City Council advises that ...
Puuurfect role for anyone who loves pets and road trips - The puuurfect volunteering opportunity for animal lovers, who also love hitting the open road! RSPCA Queensland is calling for drivers to help tran ...
Tropical Cylone Niran has developed - Tropical cyclone Niran has developed off the Far North Queensland coast. The Category One system is packing wind gusts of up to 120 kilometres ...
Blood donors urgently needed: Red Cross - The nation's stocks of blood and plasma are critically low as hospitals tackle a pandemic-driven backlog and a decline in donors. 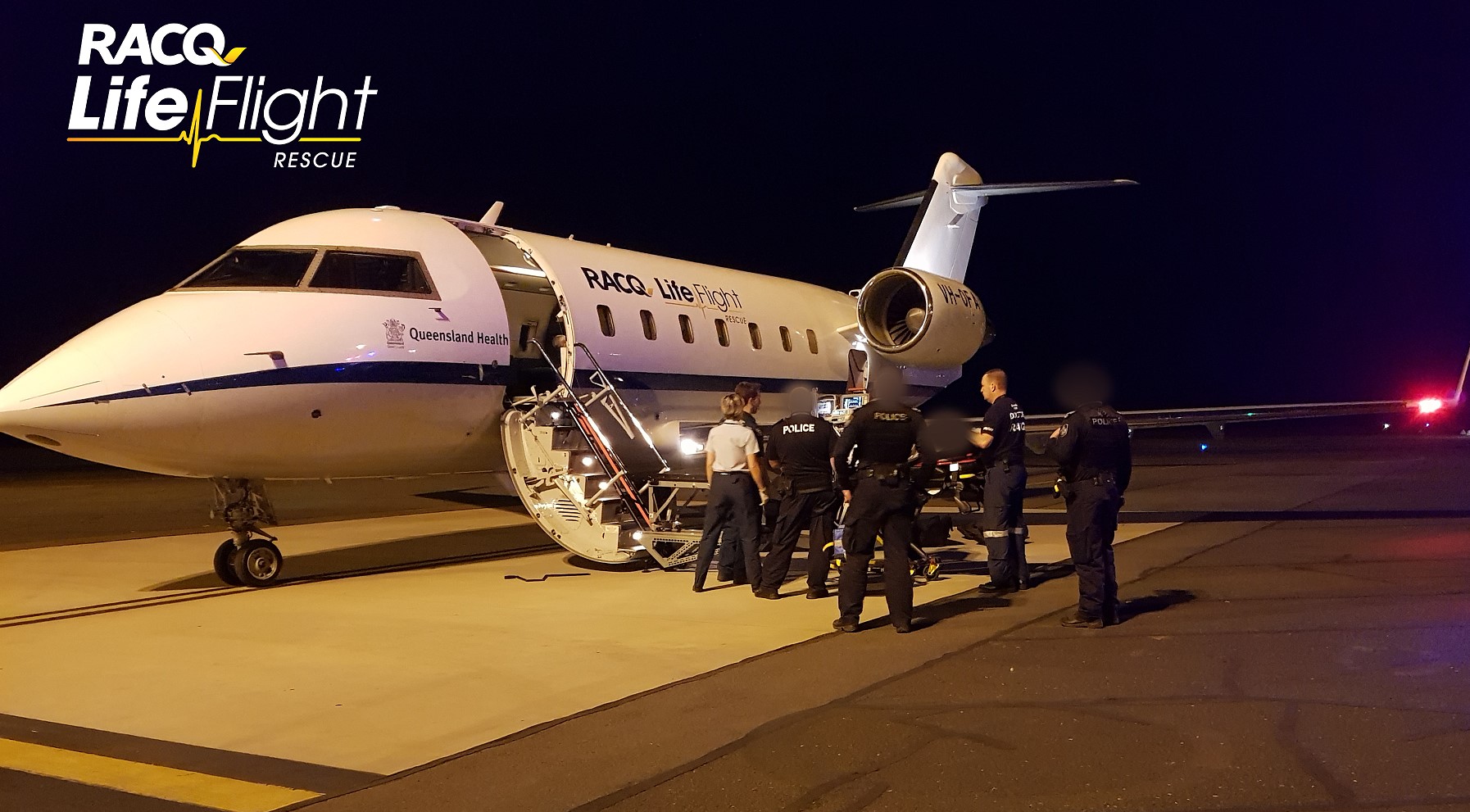 Townsville's rescue chopper has record its busiest year yet with calls for help almost doubling.

The LifeFlight crew airlifted 350 people to medical care in both Australia and overseas last year - that is twice as many when compared with 2019.

Commercial director Tim McGuire says the figures show just how important the service is to the community.

"We continue to see a significant increase in activity for our Townsville jet operation," Mr McGuire says.

The rescue service is also expanding its response capabilities, adding three Challenger 604 aircrafts to its fleet.

"The aircraft can fly to regional areas across Queensland and bring those people who may need a higher level of medical care, to the major centres such as Townsville, Cairns, Mackay and Brisbane," Mr McKenna says.

Last year, Townsville's LifeFlight crews were part of a mission to airlift workers who were injured in an explosion at a Moranbah mine - it is a task Mr McKenna says makes the job worth it.

“It means a lot to us in Townsville, to provide this service and to know that we are making a difference, helping save and change lives,” he says.