Cats' Rohan sinks Bulldogs after siren - Gary Rohan's ice-cool set shot after the siren has snatched a thrilling five-point victory for Geelong over fellow AFL premiership fancies the Western ...
Amber alert issued after boy taken from Woodford school - UPDATE: The Queensland Police Service have located the 10-year-old boy who was missing from Woodford from 3.30pm today. EARLIER: The Queensland Pol ...
Qld schoolgirl likely choked by foster dad - Queensland schoolgirl Tiahleigh Palmer likely died as a result of choking or asphyxiation in a deliberate act by her remorseless foster father, a coro ...
Woolworths taken to court for underpayment - Woolworths is facing legal action for allegedly underpaying managers, with the workplace watchdog hunting more than $710,000 in outstanding back pay.
Great Barrier Reef gets funding boost - Farmers from the Far North to the Wide Bay are welcoming a funding boost to protect the Great Barrier Reef. $270 million dollars has been commit ...
Warning for boaties as whale migration season approaches - A reminder for boaties to stay 100 metres away from humpbacks, if you're lucky enough to spot one off the North Queensland coast! Whales have begun ...
Croc management gets $3M boost in Queensland - Drones and sonar technology are just some of the tactics Queensland researchers are looking into to help track crocodiles. 16 crocodiles sightin ...
State vs State, mate vs mate at Townsville's BBQ Battle - A BBQ battle is set to heat up Townsville this winter's day. Twenty-two teams from Queensland and two from New South Wales will converge on Strand ...
Three arrested following serious crash - Police have arrested three people following a crash involving an alleged stolen vehicle in Townsville this morning. It will be alleged a whit ...
Airline industry shows signs of recovery - Australia's coronavirus-hit airline industry is showing signs of recovery, partly on the back of the federal government's half-price domestic flights. 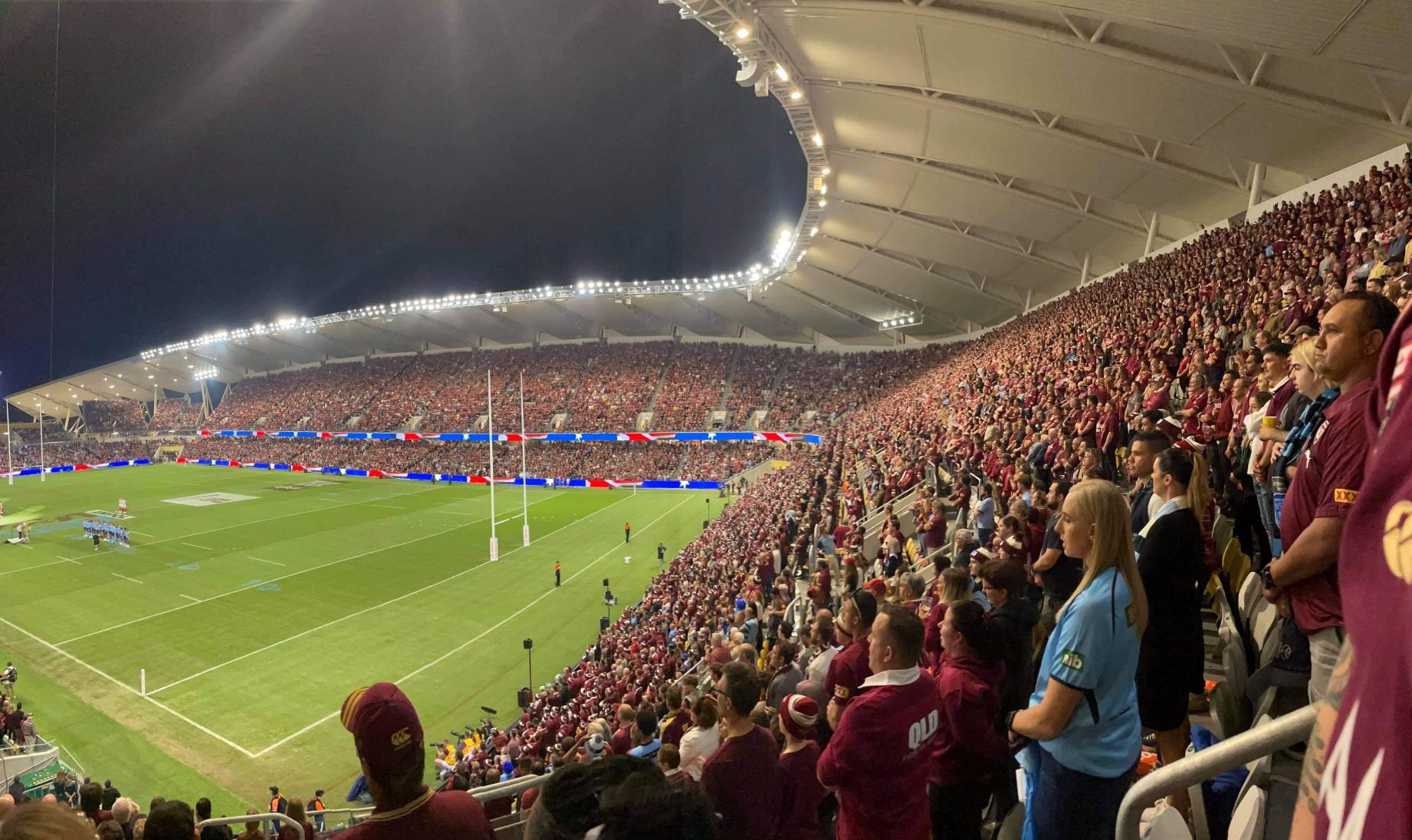 There were extra seats, Australia's biggest entertainers and even a 'tent city' to hold the first ever regional State of Origin game in Townsville.

The State Government spent $8 million to bring the opener to North Queensland.

But despite the excitement and energy of 27,533 rugby league fans packed into Queensland Country Bank Stadium last night, the Maroons slumped to their biggest loss in Origin history.

Queensland coach Paul Green says although nothing went right on the night, he is confident his team can bounce back at the second game.

"We'll have a look at the game closely and also have a look at our prep too, obviously see if there's anything glaring that we got wrong," Green says. Maroons forward Moe Fotuaika is also facing a one match suspension for a late shot on Latrell Mitchell.

Green says he will take his time deciding what the team will look like for Origin's second game in Brisbane.

"Your attitude and preparation and being ready for it - when you feel uncomfortable, [it's about] just not looking for an easy way, looking to roll your sleeves up," he says.

Origin's round two will kick off at Brisbane's Suncorp Stadium on June 27.