Aboriginal and Torres Strait Islander readers are advised that the following article contains images and voices of people who have died. 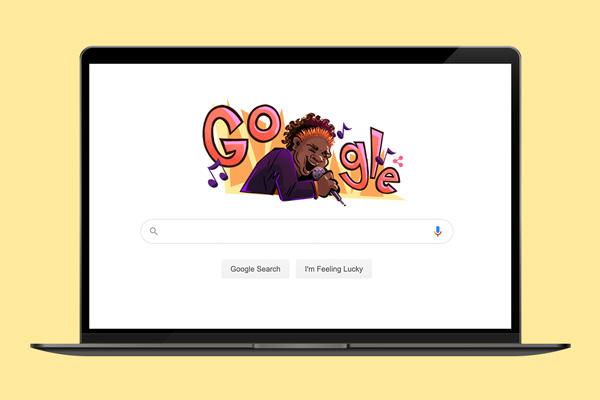 Today, the 17th of September celebrates the 64th birthday of Aboriginal Australian musician and educator, Mandawuy Yunupingu. Google has celebrated the occasion with a Google Doodle on their home page, paying a beautiful tribute since his death in 2013.

Google explains about the drawing:

Mandawuy Djarrtjuntjun Yunupingu was born Tom Djambayang Bakamana Yunupingu in 1956 in the Northern Territory. He started the internationally acclaimed band Yothu Yindi which spread Indigenous music around the world.

In 1987 he earned his Bachelor of Arts degree in education from Deakin University being the first person from Arnhem Land to gain a university degree. Yunupingu was appointed the role of Assistant Principal at Yirrkala Community School in 1989 and took over as Principal in 1990.

Yothu Yindi, translates to “mother and child” in the language of the Yolngu people and they released their debut album in 1989.

Their single ’Treaty’ (co-written with Paul Kelly) in 1991 reached number 11 and spent 22 weeks on the Australian music charts and also won the song of the year at the APRA Music Awards in 1991. It has also been selected as one of the Top 30 Australian Songs of All Time according to APRA in 2001.

In 1992, the musician, educator, and civil rights activist was named Australian of the Year 'for his role in promoting better understanding between Aborigines and non-Aborigines.’ In 2012, Yothu Yindi was also inducted into the ARIA Hall of Fame.

After a long battle with kidney disease, Yunupingu passed away at home at the age of 56 on 2 June 2013.

"Happy birthday, Mandawuy Yunupingu, and thank you for sharing your music and principles with the world."